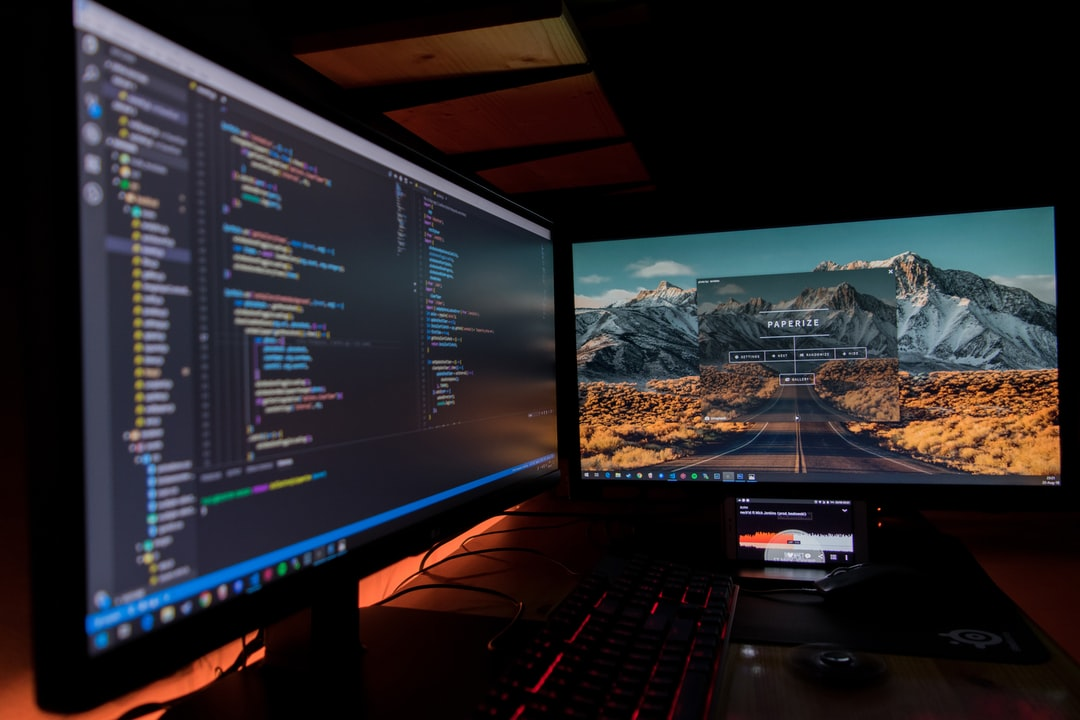 If you have a personal computer, you might be curious to know the differences between a dual core processor and a quad core processor. Click here to learn.

When you're shopping for a new PC, chances are each products' packaging emphasizes the device's most impressive specs in a splashy font. Sometimes, this includes Intel-branded stickers that announce, "Core™ 2 Quad Inside."

But what does that actually mean for the user?

All desktops and laptops are made from variations on the same set of parts. One of those parts is the processor. A computer's processor can impact what types of programs it can run, how fast it will load, and how much power it uses.

Dual-core and quad-core processors are both extremely popular. Read on to discover exactly what a processor is, how it works, and how different types of processors impact a computer's function. Then, learn the difference between a dual-core processor and a quad-core, and determine which CPU is right for your needs.

Before you can dive deep into processor cores, it's wise to get a birds-eye-view of a computer system. Processors are just one piece of a complex machine. When you understand how the pieces function together, it's clearer why differentiation among processors matters.

The motherboard is the circuitry inside a personal computer. This printed board holds all the parts together in the right place, like a puzzle. The processor is on the motherboard.

A computer's motherboard holds memory in RAM. RAM holds data before the CPU—the processor—retrieves it and uses it to run programs. A processor may also hold data in its cache memory.

The CPU receives instructions from computer programs. It processes those instructions by running calculations (computing). This is how the computer executes tasks.

A graphics processing unit is also a processor. But, this processor specifically receives and processes the data necessary to render graphics. The GPU loads high-definition imagery and video fast.

A processor is a CPU or GPU. Let's focus on CPUs.

At the hardware level, a processor is an electric circuit on a motherboard. Computer scientists may refer to a processor as the "integrated circuitry" (IC) chip. A processor is the primary "computer chip" that executes tasks.

The electric circuit receives instructions, then interprets and executes them. To do this, the four main components of a processor coordinate. These components include:

The APU and FPU make different calculations, depending on the received instructions. These calculations are the process that enables the CPU to execute tasks necessary to run a program. Calculations drive all operations.

The control unit fetches, or receives, the instructions. It also operates execution.

Registers hold data before and after the process. The register supplies quantitative instructional information to the ALU. And, it stores and maintains the result of the operation.

Developers construct CPUs with the elements articulated above. The nature of each element impacts how it performs each function. You can discern a CPU's function and impact with these terms.

Threads are, in essence, sequential sets of information executed by a processor. A thread is the smallest sequential unit of code (instructions) that the control unit is able to direct APU and FPU resources towards.

A process can have one thread or many. Multithreading enables a single process to execute multiple tasks (calculations) simultaneously.

Parallel multiprocessing lets an operating system handle multiple threads at once. In contrast, concurrent processing is when a CPU only processes one thread at a time, but it switches among threads to maximize efficiency.

Different approaches to multithreading include:

You can learn more about each approach in-depth in Systems Programming. To sustain multithreading, the processor must organize the data from the executed processes.

It may utilize a thread control block (TCB) structure to use registers efficiently.

Know that while a processor may be able to handle more than one thread, a system often supports more than one processor. When a single CPU—the IC itself—supports multiple processors, this is a dual-core or multi-core chip.

Each processor must have its own cache to execute multiple sets of instructions simultaneously.

Clock speed measures how quickly a CPU can execute a set of instructions. Computer scientists measure this speed in GHz.

GHz specifically notes the frequency of cycles the processor executes. This frequency determines the CPU's power.

Cache memory gives a processor access to data at high speeds. It's a temporary container for data, which makes retrieving that information easier.

There are distinct levels of cache memory. Typically, each core in a multi-core chip has one top-level memory cache to itself. These "L1" caches are small, but they enable the fastest possible data retrieval.

Then, additional memory cache levels are shared among cores. All cores in a CPU utilize the last level cache, or "LLC."

A transistor is the foundational element of all computation. It's a binary switch, and it alters the electric current in a circuit to represent "1" or "0." The collaborative process of all transistors is how the CPU reads and executes code.

In a typical CPU, transistors are separated by as little as 22 nanometers. According to Tech Journal, the average modern CPU has anywhere from 3 billion to 5 billion transistors.

When you explore the types of contemporary processors, you’ll discover a few different modes of categorization. Some developers classify processors by their purpose and mechanism. They note five processor sub-types:

Personal computers typically utilize microprocessors—to the point that some developers use the terms “microprocessor” and “CPU” interchangeably. Technically, though, a microprocessor is a type of CPU implemented on a single chip.

Computer scientists also categorize processors by the developer. The most popular developers on the market are Intel and Advanced Micro Devices (AMD).

AMD processors are CPUs or APUs. APUs incorporate both a CPU and a GPU. Contemporary AMD processor lines include:

Intel’s contemporary processor lines are 12th-generation. For personal computers, these lines are:

Both Intel and AMD make single-core, dual-core, and multi-core processors. Intel has published a guide to understanding its processors by their alphanumeric codes on its website.

A core is a single unit within a CPU or APU. Each core contains functional units and a top-level memory cache. Every core can execute a thread independently.

The upside to a multi-core CPU is, the computer can run programs faster. It can process many threads simultaneously, and it can do so without deciding how to prioritize shared cache space.

Computer scientists sometimes call multiple processors integrated into a single IC a “CMP.” CMP is an acronym for “chip multiprocessor.”

Engineers utilize different architectures to strategically optimize a chip’s power and security. These strategies vary in terms of:

The interconnection alters how data is received and processed by different cores. It may enable simultaneous processing, or it may empower the optimal processing sequence.

Very few personal computers utilize single-core processors anymore. Instead, most CPUs support two or more cores. This is due to the considerable advantages of multi-core processing, including:

Certainly, there are drawbacks to multi-core processing. Interference is one problem. Another encompasses the challenges of analysis, which requires different memory models to meet.

Quad-core CPUs are at greater risk of faults and failures due to excessive jitter. This type of miscommunication can be exacerbated when cores interfere with one another. The more cores, the greater the risk.

Because quad-core processors must manage and direct more processes at once, they typically have lower clock speeds and spend energy less efficiently than dual-cores. This can add up to greater hardware costs.

Specs will vary from chip to chip. It’s critical to understand what each key performance indicator actually tells you about each product.

Ultimately, each element contributes to one of four key specifications. You’ll have to balance your need for energy-efficient processing, high power, fast computation, and a low price.

These processors don’t need to power as many management processes as quad-core CPUs do. As a result, laptops with dual-core chips have longer battery lives.

They also bear a lower risk of shutdown due to overheating. Quad-core processors require more sophisticated cooling systems to use safely. As a result, dual-core laptops often weigh less than quad-core computers.

Quad-core processors can perform four tasks at a time. This is useful when you run task-heavy programs.

Dual-core processors may utilize multi-threading. This can make each individual core more efficient. Thus, the CPU can execute all processes faster.

But, quad-core CPUs can run four processors simultaneously. In the vast majority of cases, this means the quad-core CPU will execute any program faster than a dual-core processor.

Which personal computer processor is right for you? It depends on what you need to get done.

For general tasks like word processing, accounting, surfing the web, and sending emails, a dual-core processor is fine.

Most daily tasks do not require the high processing power of quad-core systems. Ultimately, the lower cost and increased energy efficiency make dual-core laptops a better buy for most everyday folks.

The only time someone might need quad-core processing for daily work is if they multitask with several different software programs at once. Quad-core processing will give you an efficiency boost beyond what you get from typical dual-core laptops.

To run video games, get a quad-core personal computer. You may even want to invest in a PC with more than four cores per processor.

Video games run many threads simultaneously. They require multi-thread architecture. Moreover, the graphics rendering in a typical videogame requires a lot of power.

Finally, speed is of the essence in a videogame. Even a small delay can make the game impossible to play (particularly if it’s played live online).

That said, programmers benefit from quad-core processors if they perform virtual machine tests.

Most image, video, and audio production programs run far better on quad-core processors. Many of the most popular editing programs take advantage of multi-thread architecture.

With a dual-core processor, popular programs like Ableton Live and Final Cut Pro crawl along at a snails’ pace—or, they can’t run at all.

No matter what you need to do on your computer, Esited can help. Whether you’re using a dual-core processor to manage your eCommerce business, or you’ve invested in a quad-core laptop to jumpstart your production career, we have what you need.

Our dedicated website hosting services and cloud servers can take your processes to the next level. Contact us today, and one of our team members will help you discover what you need. 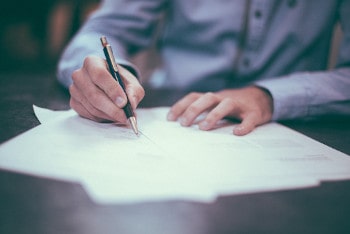