How to build a gaming server: A complete guide 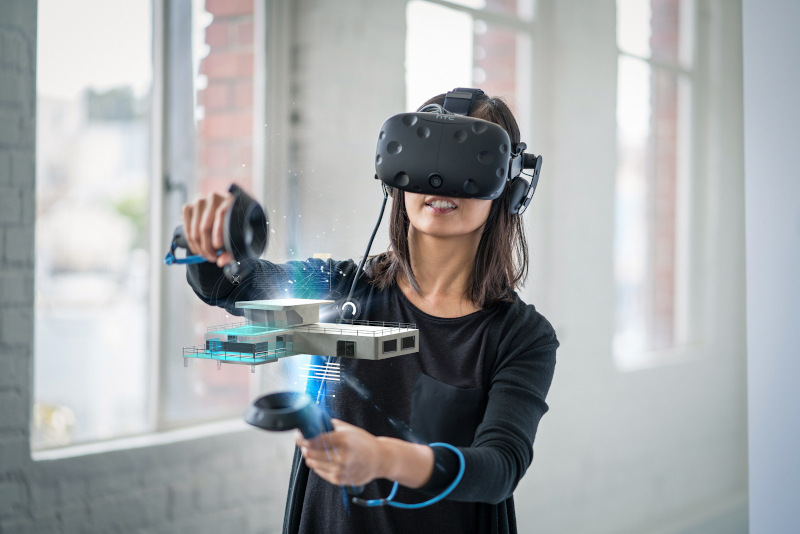 What if you had a chance to be part of gaming history?

It's a great time to play the games you love with players from around the world. Unfortunately, you and your fellow players may run into problems with online servers. These problems may include everything from a slow connection to toxic players to power-mad moderators.

The solution is simple: you need to build a gaming server of your own. Not sure how to get started? Keep reading to discover our complete guide!

What Is a Gaming Server?

A gaming server is a specialized web server designed to help clients play online video games together. Such servers may be hosted locally or remotely.

The vast majority of online multiplayer games rely on gaming servers to facilitate online play. In some cases, the creators of a video game provide their own servers for people to join and use.

However, many users prefer to create or join gaming servers created by users. These servers provide more opportunities for creativity and freedom on the part of clients. And the host running the server can set certain requirements and regulations to help create a more enjoyable online community.

Which type of server is best for you? To find out, we're going to take a closer look at the three primary server types.

The first type of gaming server is called a listen server. These are servers that are built using machines similar to what the game's client uses.

Because of the similarity of the machines, a listen server allows you to play on the server while you are hosting it. This is why they are called "listen" servers: you can effectively listen to your players because you can join them in the game.

Generally speaking, dedicated servers are more effective at hosting a larger number of players (more on this later). And unlike listen servers, it is impossible for you to both host the server and play on it with the same device. You would instead need to use a separate computer to log in and play on your home server.

The third type of server is called a cloud server. These servers use cloud computing to help you run a server with the help of a third-party site.

With both listen servers and dedicated servers, you must provide your own hardware in order to host a gaming server. But with a good cloud server, you can simply pay a monthly fee to maintain the server and host it without having to worry about the different hardware requirements on your end.

The biggest benefit of listen servers is one we already touched on: these servers allow you to host a server and play in it using the same machine. This is useful for anyone who wants a local server but doesn't want to pay for multiple machines.

And by definition, listen servers are easier to set up than other types of servers. While this can be beneficial, they do come with their own unique drawbacks as well. Keep reading to learn what those drawbacks are, and you can decide if any of them are dealbreakers.

In some ways, the biggest drawback to listen servers is tied to the biggest advantage. While the host can host the server and play games from the same PC, nobody can play once the host shuts the client down. Because of this, listen servers are usually used for short periods of time between friends and small groups.

Speaking of small groups, listen servers are mostly used by players who have set up a Local Area Network (LAN). This is a fun way to play multiplayer games with friends, but such listen servers don't work well with larger groups. If you want a larger server, you may want to look into server alternatives instead, and our guide will help you make your final decision.

One of the main advantages of a dedicated server is that it stays active even when the host is not playing. This can help you to cultivate a dedicated online community of users because they can use the server 24/7.

And compared to listen servers, dedicated servers are designed to accommodate larger groups. This is great if you want a server that is more than just you and a few friends.

Relatively speaking, dedicated servers are very secure. Because it is only being used for hosting games, the server is unlikely to get hacked. And the host can adjust his own settings and take advantage of third-party dedicated server security options to further protect his server and his users from malicious attacks.

The biggest impediment to setting up a dedicated server is that it requires a certain level of technical skill. If you don't already have those skills, then learning everything you need to create and maintain a dedicated server on your own can take up a lot of your time.

And running a server on your own is a bit like a part-time job. On the technical side, you'll need to perform maintenance checks periodically and possibly upgrade your equipment from time to time. On the server side, you may need to moderate disputes and enforce rules to try to get an online community off the ground.

Finally, running the server on your own can be expensive because you may need to invest in enterprise-grade hardware. Your electricity bill will also go up as you run the server from home. Keep in mind that you can avoid some of these expenses as well as the headaches by using a third party and creating a cloud gaming server instead.

With cloud servers, you get many of the benefits of a dedicated server but work with a company running servers in the cloud rather than in physical space. This helps you run a server without investing in expensive computer hardware of your own or maintaining that hardware, though you'd get the same advantage by using a third-party dedicated server.

And as with third-party dedicated servers, you don't need as many technical skills to run a cloud server. That is because you have a third party who is handling the most technical aspects of the job and keeping the hardware and software in good running order.

Because of this, going with a cloud server can help you save time. It's a great way to hit the ground running and host a large server without having to take the time to learn countless technical skills and invest in expensive equipment.

We touched on the fact that using a cloud server shares many benefits with hiring a third party for your dedicated hosting needs. Fittingly, these two types of server hosting also share the same primary drawback: the cost.

While using third parties will remove most of the stresses of hosting your own server, they won't do so for free. You will need to pay a monthly fee to the third party in exchange for hosting. And this fee may increase if you need to use a higher-tier plan after your server starts growing.

It's worth keeping in mind that using a third party for cloud servers or dedicated servers can still save you money in the long run. That's because, as we detailed before, running your own dedicated server requires you to invest heavily in new equipment and upgrades, all while paying a hefty electric bill.

Compared to that, paying a small monthly fee to a third party may end up being the less expensive choice!

What Equipment Do You Need to Set Up a Home Server?

Interested in setting up a server at home? In that case, here is our guide to the equipment you need to create the best gaming server.

First, you're going to need a 64-bit OS. Windows will give you a bit more versatility with most games, but you can make a Linux server work with certain other games.

Second, you need to get a Solid State Drive to run the server on. It provides the speed and reliability you need from a good server. A more traditional hard drive has to constantly read and write in such a way that it can slow the whole thing down.

Third, you'll need at least 8 gigabytes of RAM. However, if you can swing it, 16 gigabytes would be even better.

Fourth, and finally, you'll need a Quad-core Intel CPU. The CPU should have a minimum clock speed of 2.5GHZ. Compared to some alternatives, Intel will be best for your hosting needs.

Setting Up a Server On Steam

If you want your server to be successful, you need to go where the gamers are. And because so many people use Steam to play their favorite games, you may want to set up a server on Steam. If you proceed to do so, there are a few things you're going to need to do.

First, make sure the game you want to host is currently supported. Second, check to see if the game requires that you download and use the full Steam client or if you can use SteamCMD instead.

Third, you need to optimize your router and network so that you can enable the connections properly. This is vital if you want to get your server off the ground.

Fourth, if your game is SteamCMD compatible and you wish to go this route, consider using this specialized GUI tool.  This will be the fastest and easiest way to set up a server on Steam, though you may need to brush up on using the command line interface to make this work.

If the game you wish to create a server for is popular, then some users have likely figured out the optimal way to host that game. It's worth taking the time to learn about some of the best practices and shortcuts available for your favorite titles.

For example, the user Pyr0s created a special server launcher for running Counter-Strike: Global Offensive in a streamlined and efficient way. And ARK: Survival Evolved has a handy server manager that makes it easy to set things up.

Every now and then, you might have to make other changes on your end to host certain games. For example, creating a Team Fortress 2 server will require moving around certain files on your system. Long story short: always do your homework on the games you want to make servers for to discover the shortcuts and best practices provided by the community.

You Can Build a Gaming Server

Now you know how to build a gaming server of your own. But do you know who can help you enjoy all the pros and none of the cons of running a server?

Here at Esited, we specialize in all things hosting. Whether you want to run a website or simply host the world's greatest gaming server, we're here to help you get it done.

Ready to stop dreaming about having a server and making it into a reality? All you have to do is contact us today!